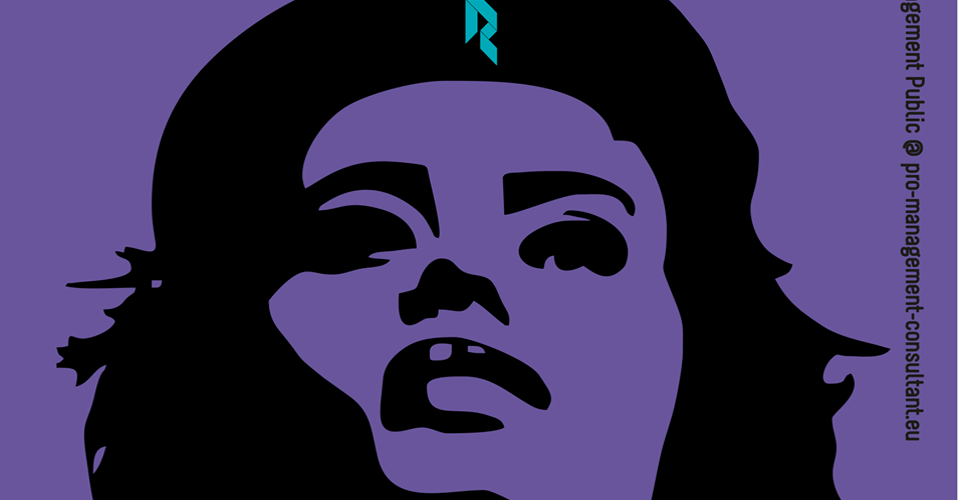 You don’t wait for the change, you make it. Like revolutions.

An independent consultant from Iasi offers for a month, between 15th of May and 14th of June, gathered in time resources about what it is and how the change is made in the Romanian Public Administration of 2015.

The „¡ Revolución !” Project includes webinars, online debates, working tools and also other informational and applicative resources, good practice examples and comparisons between administrative systems from the entire world but mostly from the European Union.

These resources are organized and offered free of charge by Raluca FILIP, Independent Management Consultant with over ten years of experience in the public domain, management and leadership specialist, formed to modernize central and local public institutions since 2004, through an intensive training program financed by the European Commission in order to reform the Public Administration of Romania ( ro.linkedin.com/in/filipraluca ).

To date, in the framework of the Project, specialized information it has been shared, an online debate was held (19th of May) and a webinar was organized (22nd of May). Also, on the dedicated page of the Project, the next weeks’ activities and other free resources will be announced: https://www.facebook.com/events/1010197378998448/

The closing date of the Project is symbolic. 14th of June is the starting date of the uprising of „Potemkin” Battleship’s sailors (1905), it marks the signing of the Schengen Treaty (1985) but mostly it is Che Guevara’s birth date (1929) – a man who became the symbol of the entire idea of “Revolution”, a concept that transcends his joining any political ideology.

„I’m not ceasing to talk about change and to implement the change in administration, whenever and wherever I get the chance. I am not supported by any political party or any public institution, in my approach. For the time being. Speaking of visibility or impact, this detail can be an impediment but I see it as an advantage. Online manifestations are attractive for the public, that’s why I’ve decided to offer resources in this way. Only by acting – even from a micro level – you can move things that seem irremovable. The change you make it, you don’t wait for it.” said Raluca FILIP

The conclusions of the first debate organized on 19th of May – „Public Administration’s institutions should be managed by whom? By politicians or by technocrats?” – are, among others, that public institutions shouldn’t be managed only by politicians or only by technocrats because, obviously, those institutions have different profiles. The clear establishment of those central and local institutions managed by politicians is absolutely necessary and the executive functions in any institution should be fulfilled by politically independent public servants. The emergency of taking these long-term “courageous” decisions and maintaining their accountability no matter the political color of the Government – it’s another conclusion of the debate’s participants. Also, “The public institutions’ principles” webinar organized on 22nd of May, had as starting point a presentation analyzed and commented with the participants interested in finding out and correctly applying the mentioned principles: https://prezi.com/8vesroyumcxs/are-principii-institutia-ta-publica/